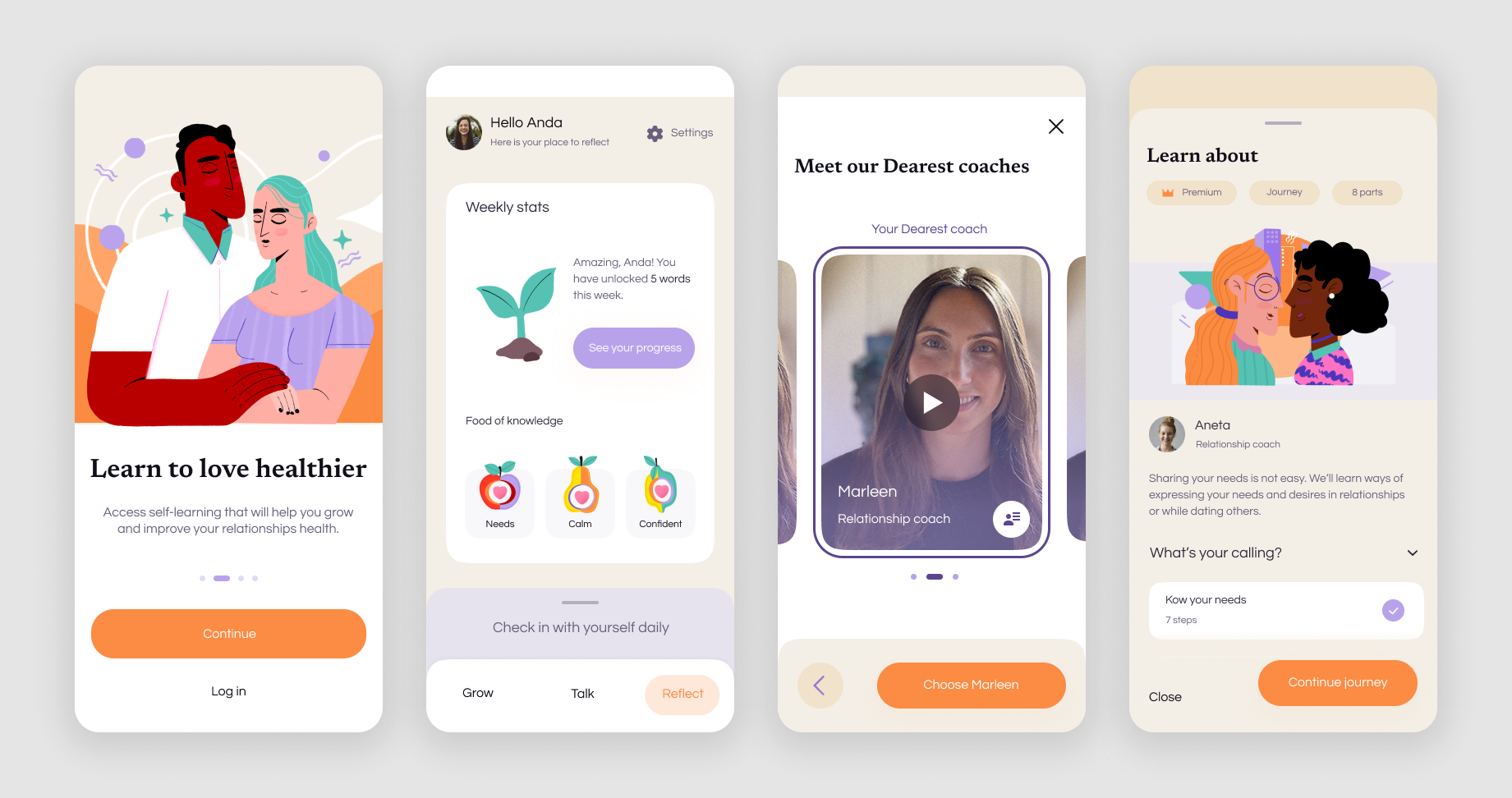 Designing for healthy relationships with Dearest

Dearest is an interpersonal mindfulness app that aims to break down the barriers around access to mental health support by connecting individuals with certified relationship coaches. It was our pleasure to host a 3-week UX Design Sprint for Dearest, designing and testing their MVP (minimum viable product).

There are a number of apps that offer users access to mental health services; our challenge was to emphasise the uniqueness of Dearest’s offerings. Dearest’s existing research into its competitors was our starting point. We undertook a thorough analysis of the market and moved quickly into an ideation workshop with the Dearest team, generating ideas from both sides and defining the user personas. After gathering our expertise, we began work on the concept. The team drew up storyboards and developed low-fidelity prototypes, highlighting the new structure and features that could be included. 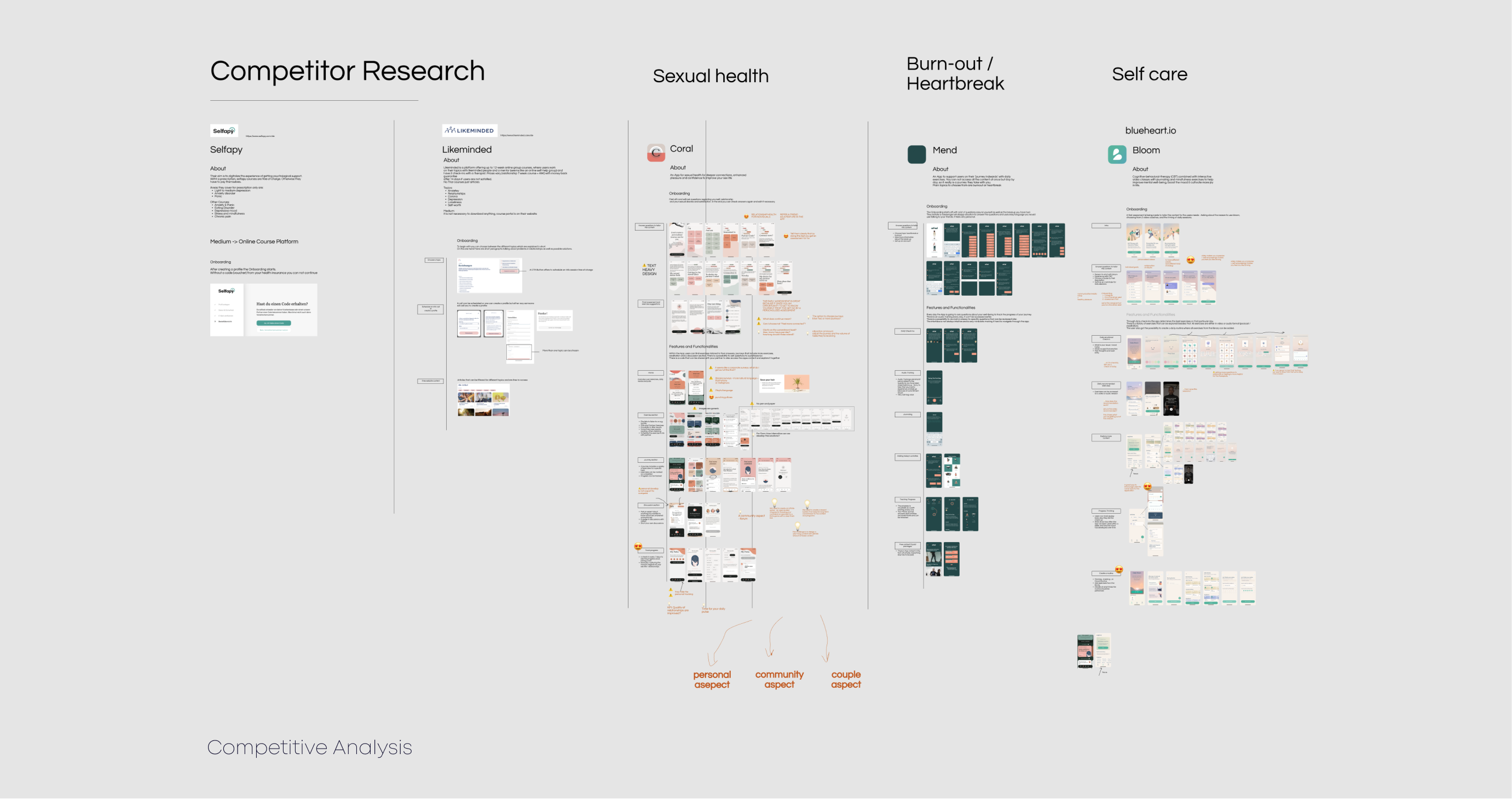 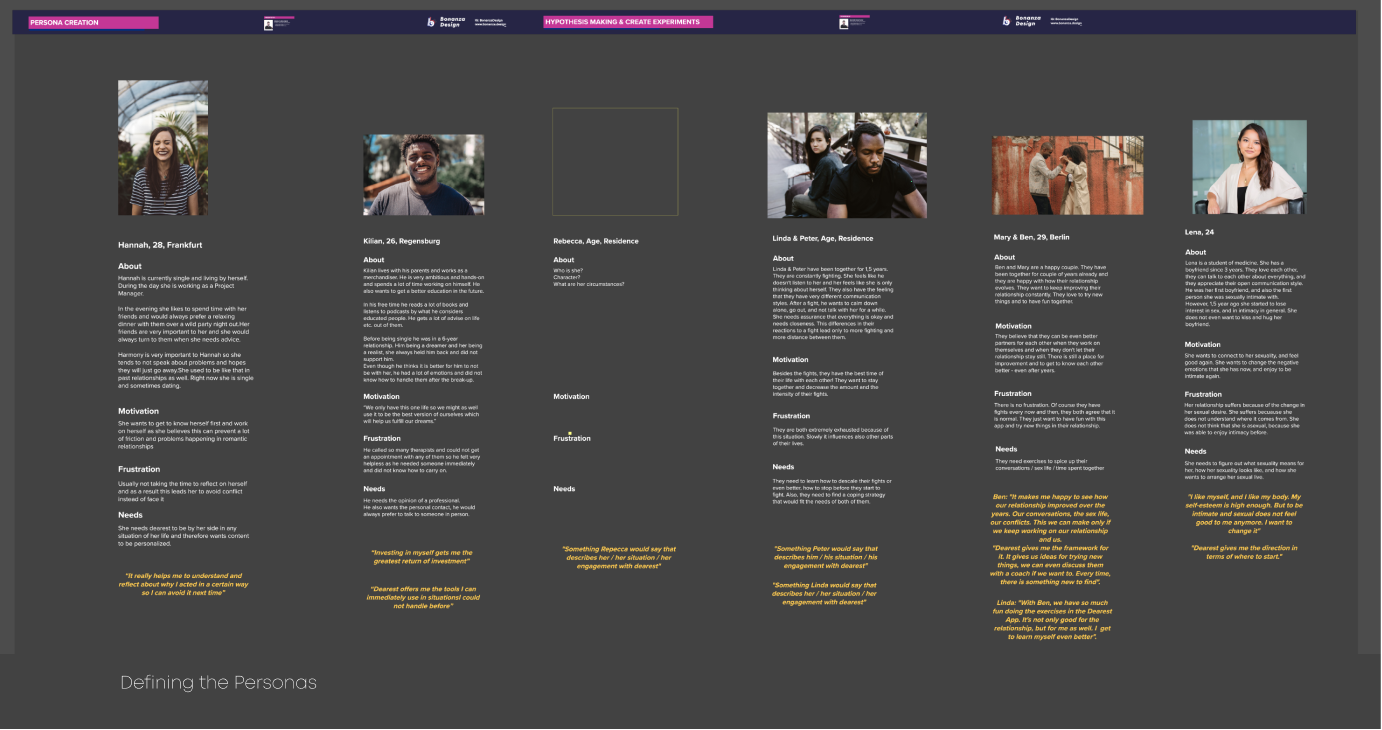 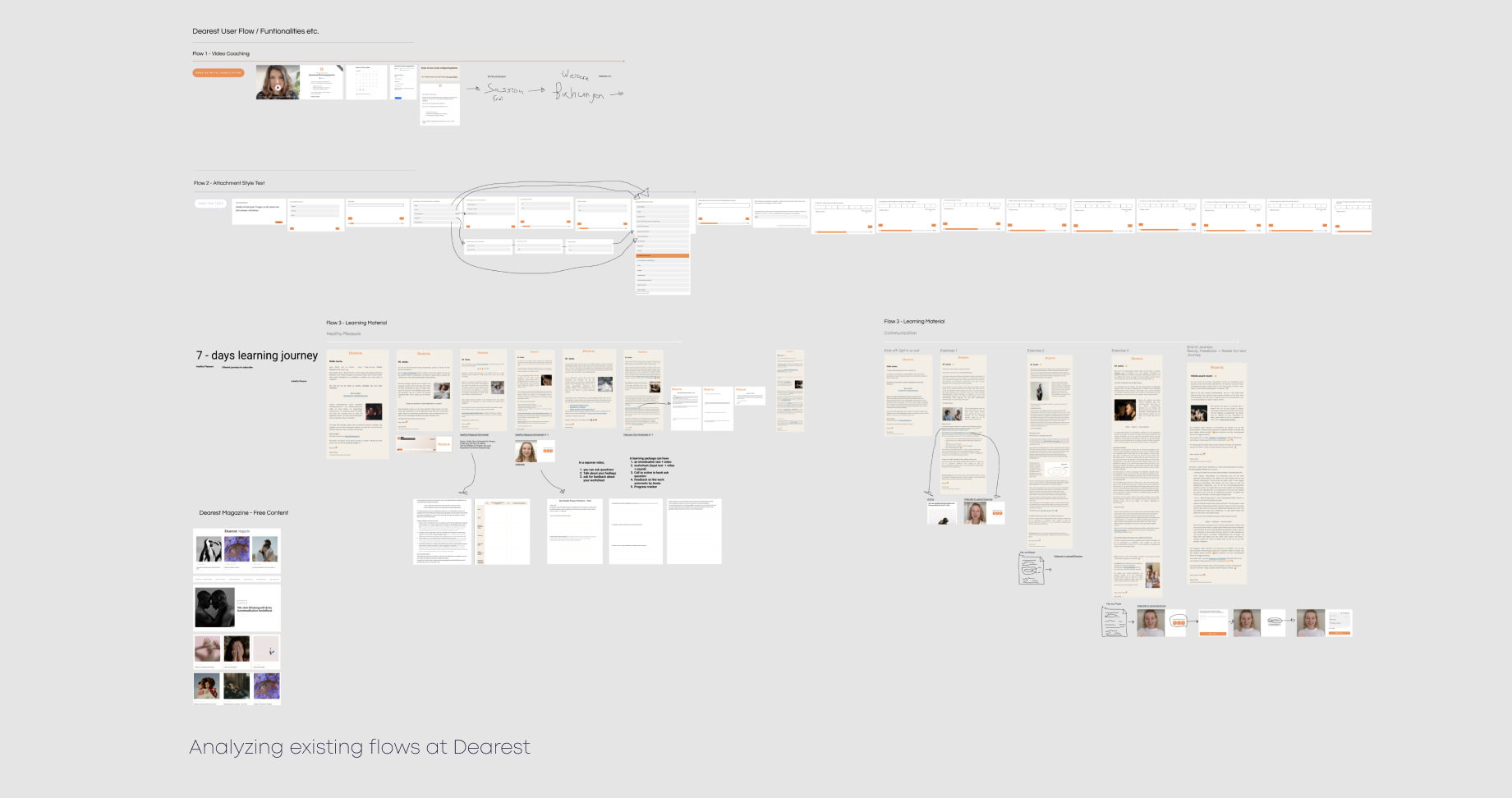 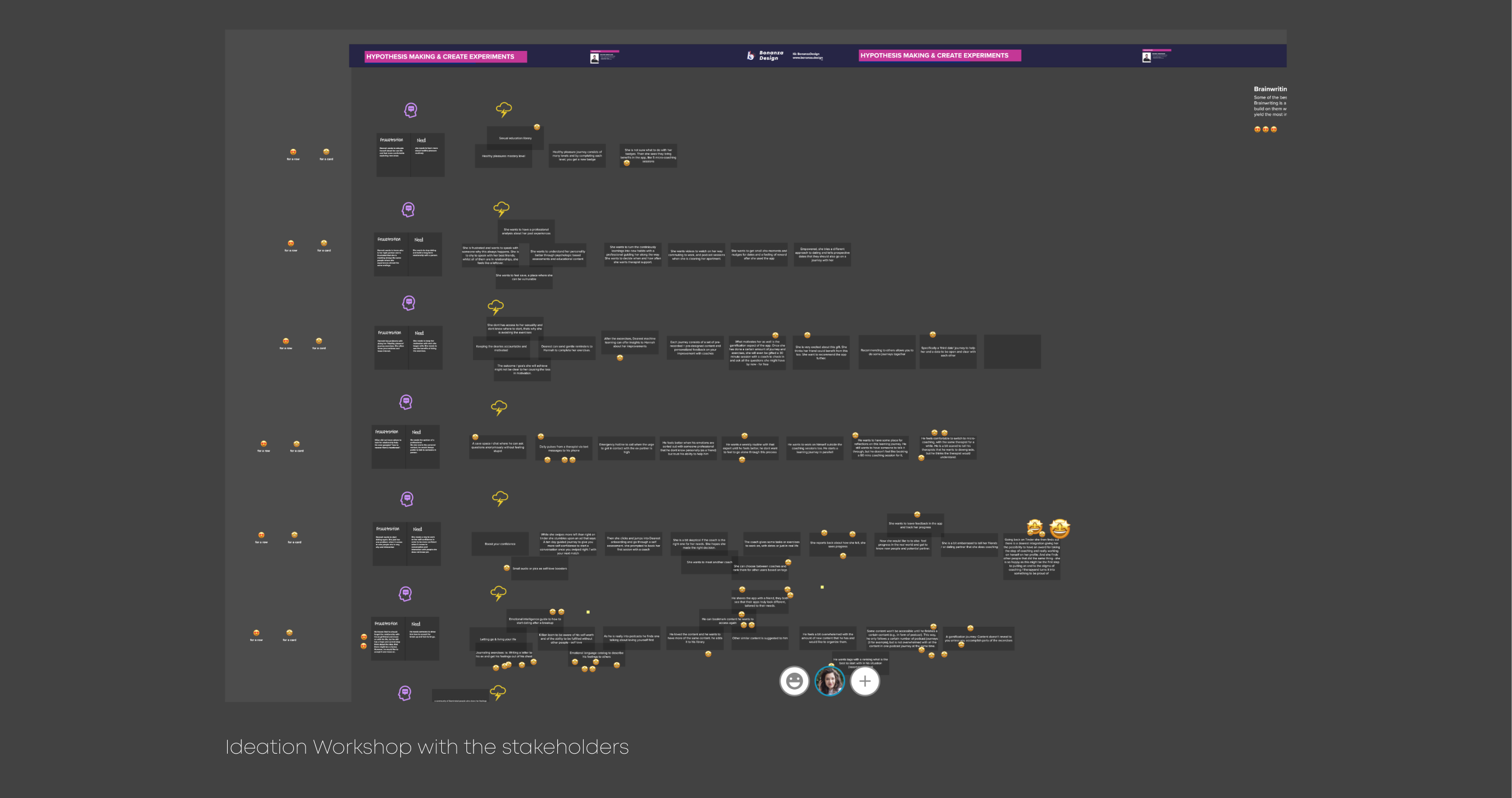 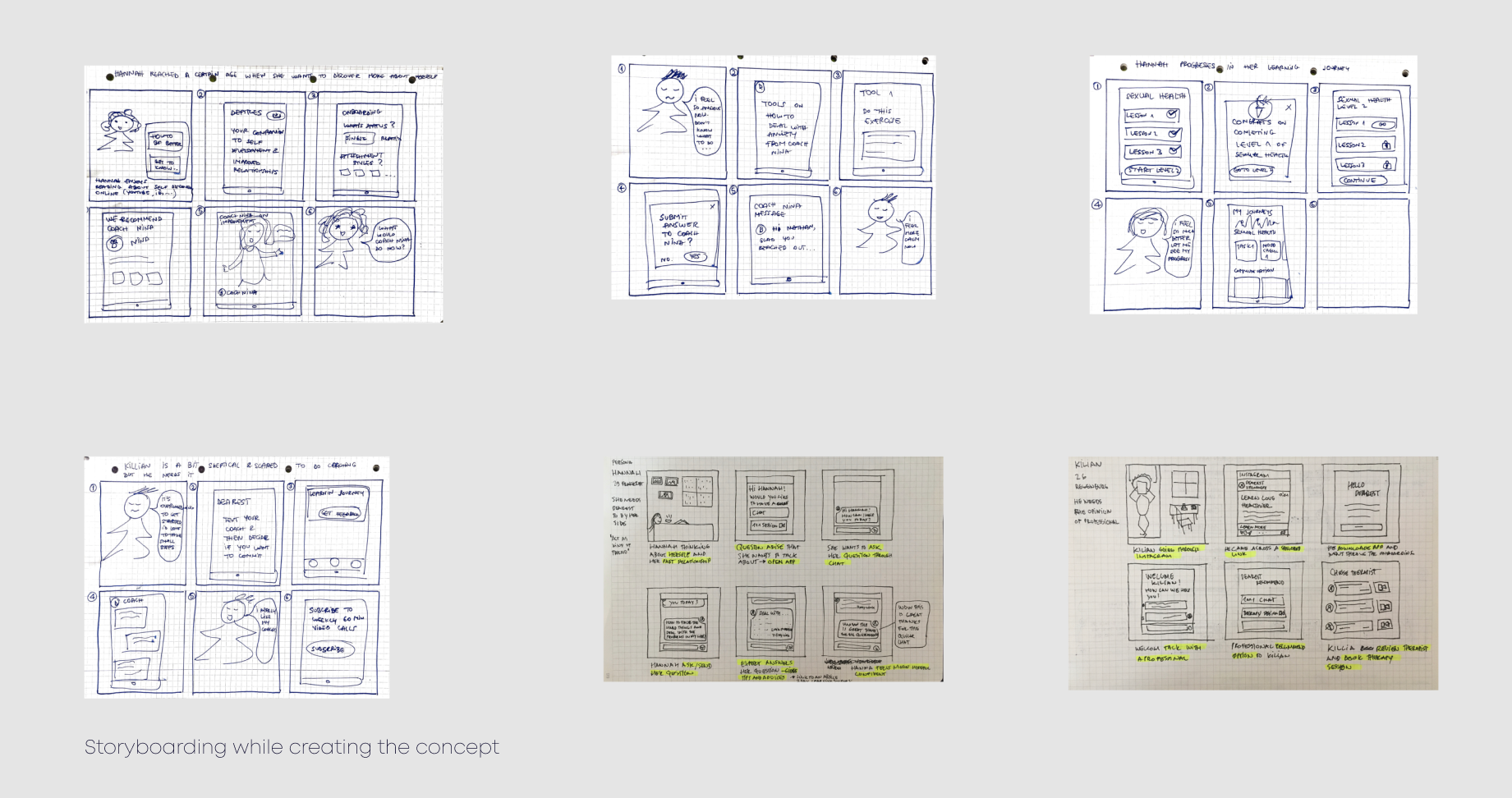 The client’s guidance is central to our processes, especially in a field such as mental health. The UI Designer and creative artists took the time to create several mood directions for the app, allowing Dearest to exercise their expertise in choosing which would be most appealing to their users. In the first half of week two, whilst the UI Designer and creative artists were working on the style of the application, the rest of the team built the mid-fidelity prototypes. In this case, Dearest needed an app that was professional and self-assured whilst also providing a personal touch that could be lost in the technologisation process. After strong endorsements of our designs from the Dearest team, we began work on the high-fidelity prototypes. 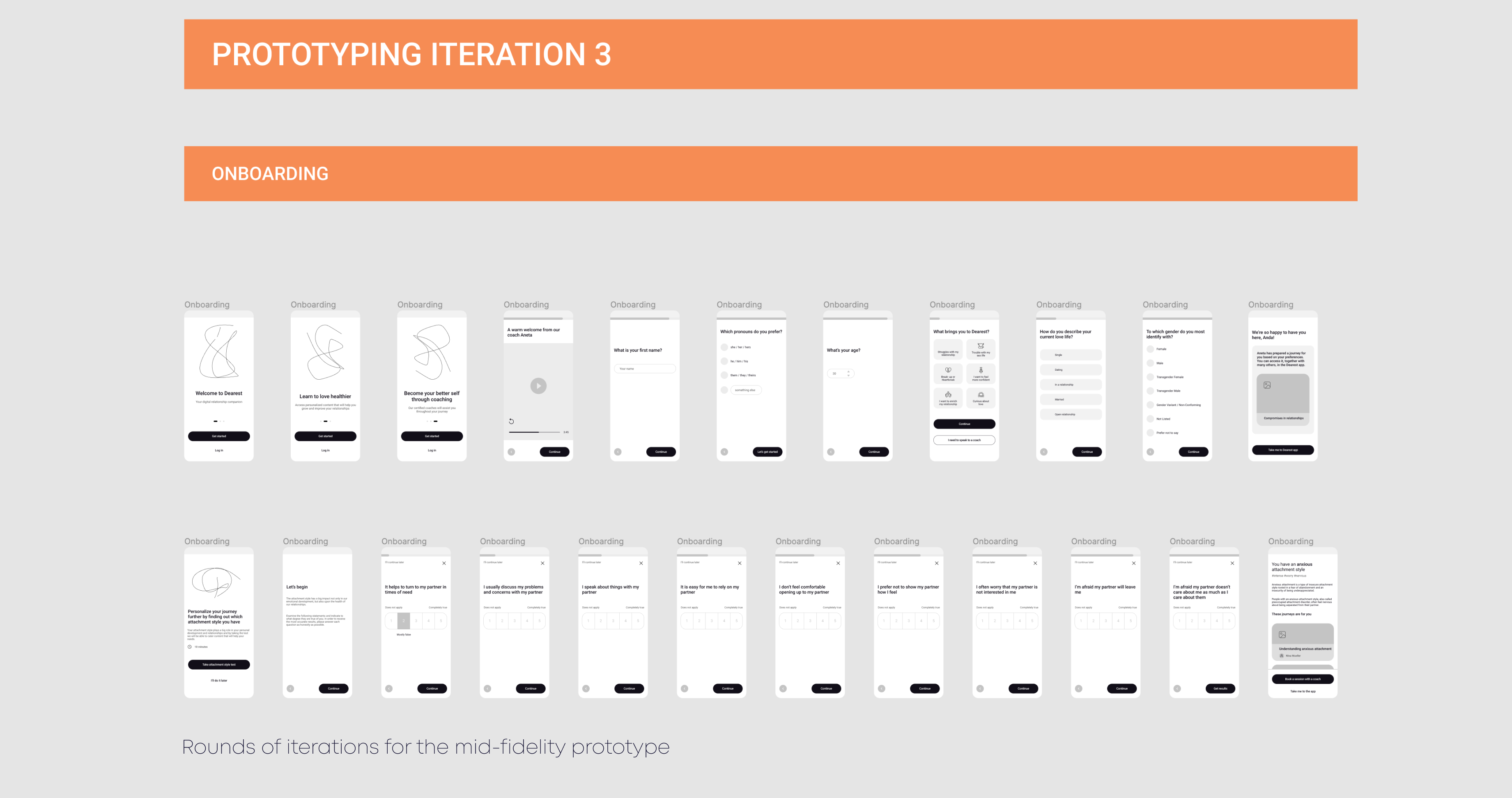 Three weeks is an ambitious deadline for an MVP design. Thanks to open and efficient communication, a strong and flexible roadmap, and every participant’s strong sense of organisation, we were able to build an interactive prototype and test the MVP by week 3. Dearest and Bonanza Design collaborated on selecting seven participants for the testing stage, based on the user profiles developed in week 1. A mid-week report was created based on the test feedback, allowing for all the necessary recommendations and improvements to be incorporated. By the end of the week, we presented Dearest with the completed project. 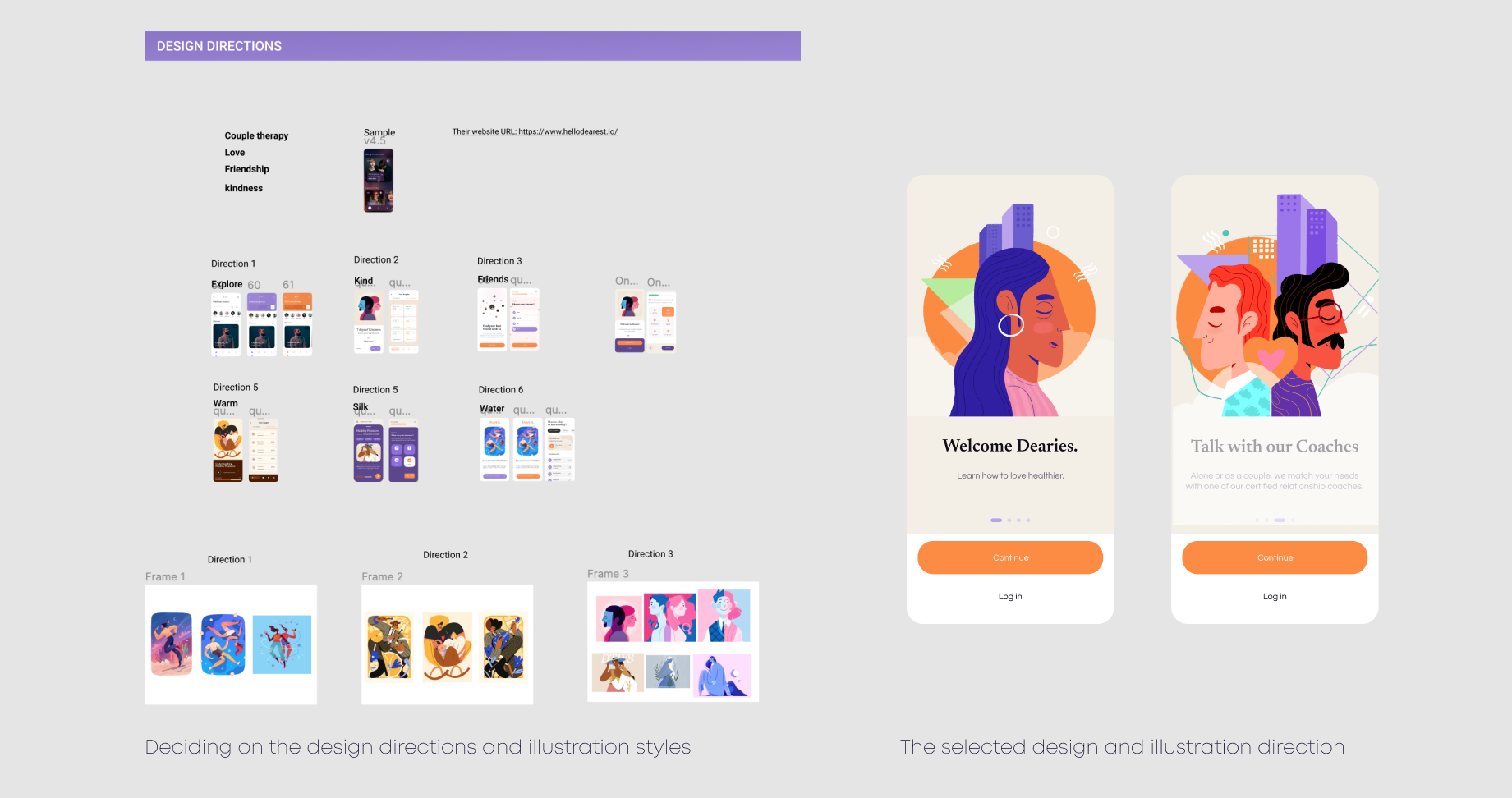 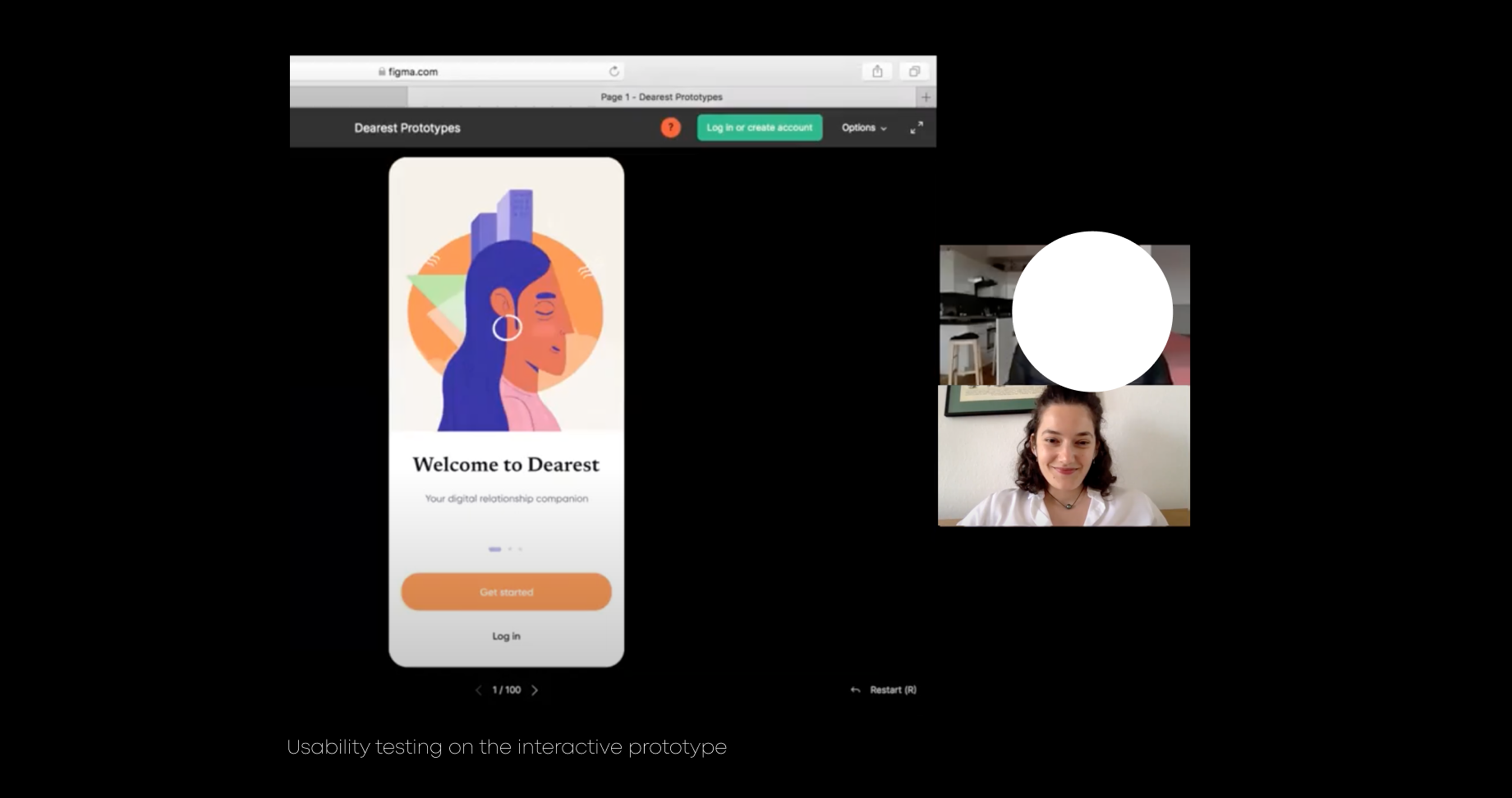 Bonanza Design is a detail-oriented team. They take the time to understand our company and the needs of our customers to deliver tailored solutions that match both our vision and expectations. They create high-quality deliverables that truly encapsulate the essence of our company.

The internal team was delighted with the project's outcome and the insights that Bonanza Design provided throughout the engagement. The team fostered a culture of rapid iteration and delivery, which not only streamlined their workflow but positively affected the client's internal processes as well. The Bonanza Design process has set the basis for almost all our work going forward and accelerated us through several sticky, difficult product decisions to the point where we are now scrambling to catch up 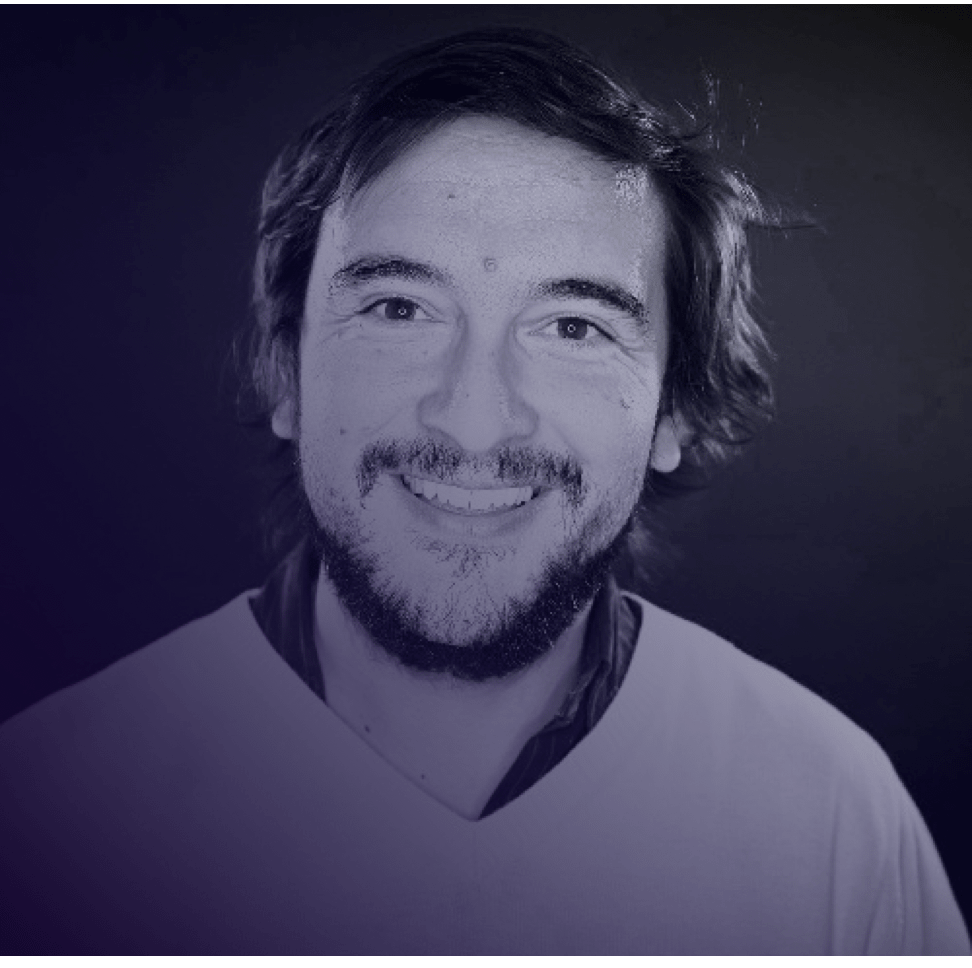 I had the pleasure to have Behrad, as a Senior UX Designer, in my team at wefox, where he supported us with the redesign of one of our Products. Behrad takes the full ownership of the user experience and puts on his hands-on hat to get all feedback needed from the different stakeholders, in order to build a great experience to the users. Behrad has also a curious and funny character, which makes it easy for one to spend time around him.

We’d Love to
work with you 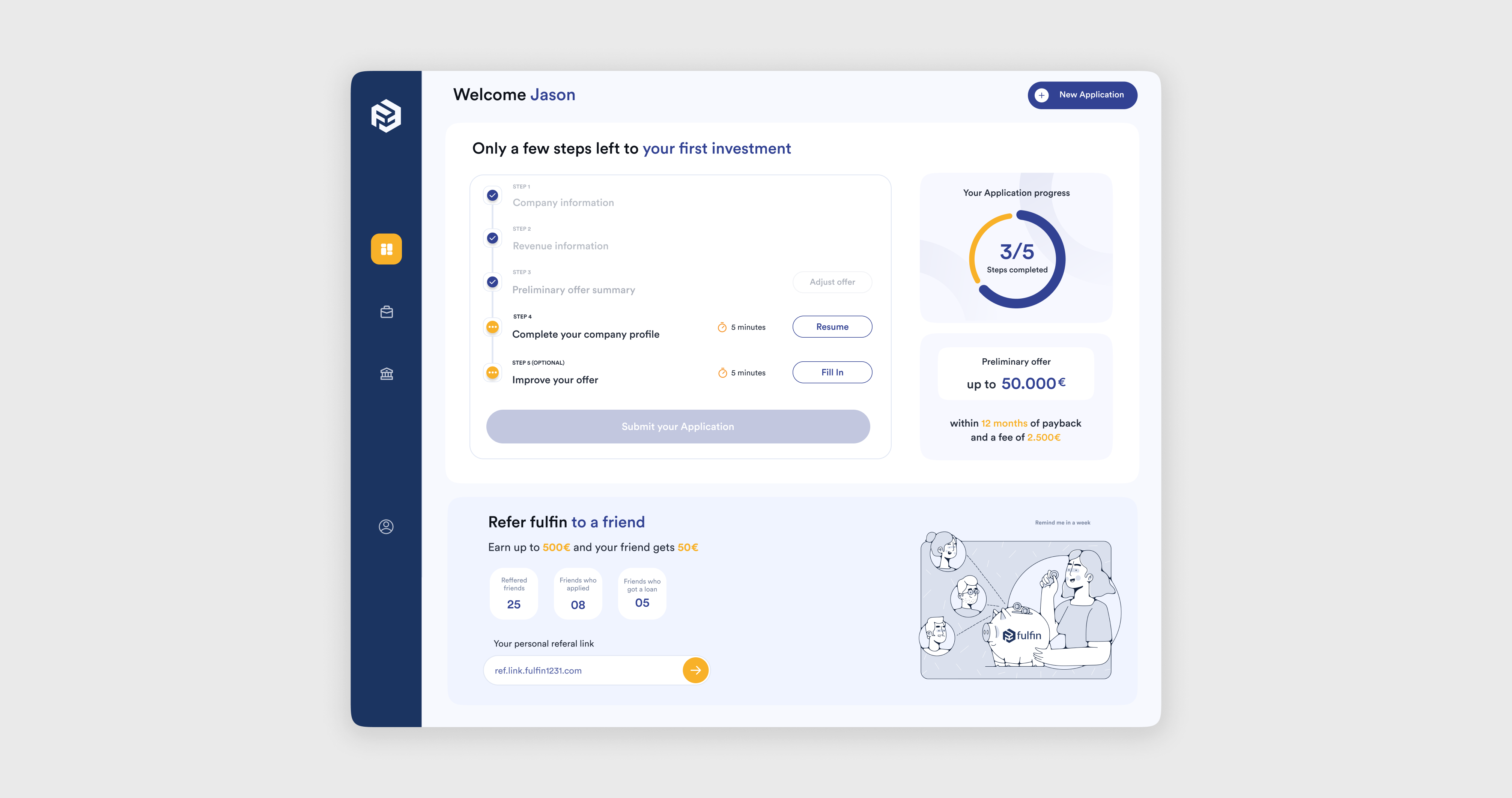 Bringing Financing for Online Businesses to the next level

Fulfin is a pioneering fintech company with an unmatched space in the European e-commerce sector. When a business is ready to scale, Fulfin comes in to provide them with the appropriate resources. Bonanza Design had the pleasure of working with Fulfin’s team in a four-week UX Design Sprint. During the sprint, the teams re-designed the Fulfin platform experience (a responsive web application) and user interface, as well as working on new features.